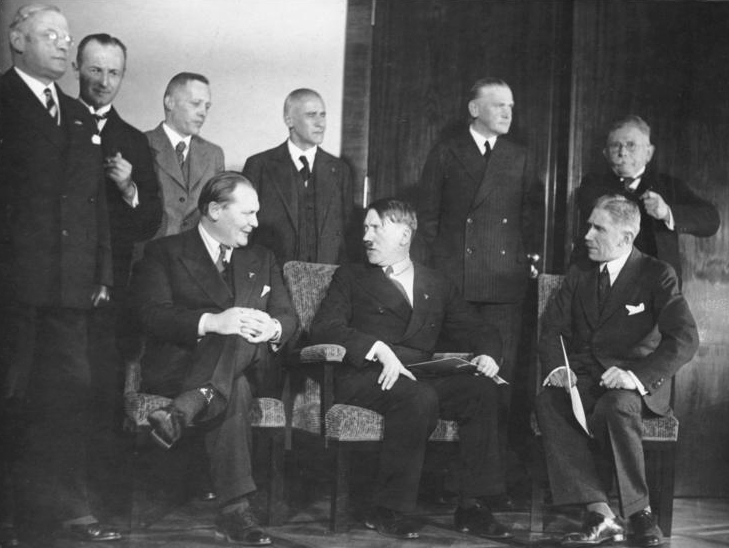 Imagine you are a dictator and you want to retain your newly-gained power. What do you have to do? Why, of course: you destroy the legal system. That is what Adolf Hitler did, and very efficiently at that. The Initiative nazifreies Recht (Initiative for a Nazi-free Law), founded in March 2016, tracks down Nazi remnants in German law and has uncovered uncanny international parallels in the process.

January 1933 – Adolf Hitler seizes power. Let’s remember: the future “Greatest Field Commander of all Time” – secretly ridiculed by the German people as “GröFaZ” – did not enter the Reichstag with the thunder of cannons and an honor guard, quite on the contrary. He was a compromise candidate whose party, with their 43.9%, did not even come close to the absolute majority in the ensuing March 1933 election. To stabilize their narrowly-gained power, the Nazis overrode the Weimar Constitution (Germany’s first democratic constitution) with numerous emergency regulations. Arguably, an entirely new legal system would have been ideal for their inhumane ideology. For reasons of efficiency, however, the old legal system was filled with new content. Many laws that are valid today, for instance the penal provisions for murder and manslaughter and coercion, still retain these changes made by the Nazis.

How did the Nazis achieve this without rewriting the whole of the German Law? First of all, they did away with the separation of powers: after the Reichstag fire, the legislative powers were transferred from parliament (the legislative branch) to the government (the executive branch) with the Enabling Act of 24 March 1933. Henceforth, the Nazis had free rein to legislate as they pleased. And henceforth, they did exactly what dictatorships across the world tend to do when they find themselves in such a comfortable situation: they changed the law at their whim. The whole of the law had to be subjugated to the NSDAP party manifesto, and Volksschädlinge (literally: parasites to the German race) had to be eliminated. In order to achieve this, they changed the existing law according to a pattern that is perennial in other countries, too: tightening of existing laws, eliminating opponents of the regime, and obfuscating the laws with vague terms which allowed judges an arbitrary interpretation according to ideology.

The most dramatic consequences of law changes occurred in criminal law. From now on, the “protection of the German race against criminals” was declared as the most important goal of criminal law. However, Volksschädlinge (i.e.: Jews and Communists, according to Nazi views), were also removed from public offices with the help of the newly-devised Professional Rules. True to the motto “whoever is not with me is against me”, the Nazis systematically destroyed the rule of law.

Very early on, “enemies of the people” were robbed of their economic means of existence via the newly-devised Professional Rules. The infamous “Nuremberg Laws”, which cast the racist ideology in the mould of law, were only passed later, in 1935. Both the Gesetz zur Wiederherstellung des Berufsbeamtentums (Law for the Restoration of the Professional Civil Service) and the Gesetz über die Zulassung zur Rechtsanwaltschaft (a law which effectively excluded Jews from becoming lawyers), were passed as early as 7 April 1933. They doubly ensured that henceforth, Jews had no access to the so-called “Bodies of Administration of Justice” (Organe der Rechtspflege, a term from Nazi Germany which German lawyers still use to adorn themselves today). In the wake of these laws, judges, notaries, university lecturers and teachers of “non-Aryan descent” were immediately removed from civil service. Lawyers were admitted to the bar only if they were of “Aryan descent”. To prevent the dismissed (or rather: disenfranchised) professionals from imparting their knowledge in services outside their professions, the Nazis doubled down in 1935 with the predecessor of the “Legal Advice Act”, which was superficially reformed in 1964. In it, the Nazis closed any loopholes of paid and unpaid legal advice outside of legal practice. This law was in effect until as late as 2008. Even today, only specific professions may give legal advice in Germany.

The new rulers could be sure they would be supported by the judicial system. The views of many jurists had been shaped during the German Empire in a national-conservative way, meaning they were skeptical towards parliamentary democracy. They welcomed the end of the Weimar Republic (which was considered “weak”) and the change towards a new authoritarian order. Besides, the legal profession was glad about the exclusion of unwelcome Jewish competitors. The National Socialist ideology became the new principle, and the NSDAP’s party manifesto the guideline. This was the model that justice would have to adhere to in the future.

Passing the “Income Tax Act” and other Tax Acts helped with the fiscal dispossession of the Jews. Tax breaks for Jewish welfare organizations were cut. The Reich Flight Tax ensured that the assets of Jewish families remained in the country even after they had fled. In this context, the newly-created profession of “tax advisors” was meant to help ease the workload of the fiscal authority, rather than reduce the tax burden of their clients. Alarmingly, the same fiscal authorities which carried out the dispossessions in the first place were entrusted with the restitution of the dispossessed families after World War II. Until this very day, this circumstance has not really been addressed, much less, been dealt with.

Attacking the Freedom of the Press

All of this was accompanied by Goebbels’ clamorous propaganda: “Hitler is cleaning house!” the merry message went to “the people”. The fact that his alleged creation of jobs was helped significantly by the reinvigorated global economy was not mentioned – the freedom of the press had long ceased to exist.

December 2015: who would not be worried about parallels in modern-day Europe, for instance about the newly-elected and very national-conservative government of Poland, according to the head of the governing party PiS Kaczynski, is striving to “repolonize” their media? Or that they immediately passed a new Media Act which entrusts the minister of the treasury, a member of government, with making appointments to the national media? Following that, journalists who were critical of the government started to vanish from screens and microphones. Within one year, the Eastern-middle European country’s ranking concerning freedom of the press, assembled by “Reporters without Borders”, slipped from position 18 to position 47. In December 2015, the new government “reorganized” the constitutional court, too. According to the opposition, we are witnessing a “creeping coup”. There are similar developments in Hungary, not to mention Turkey and Russia.

But let us return to German history: almost immediately after they seized power, the Nazis rescinded the prohibition of retrospective legislation with their 29 March 1933 “Imposition and Administration of the Death Penalty Act”, thereby obliterating the Enlightenment maxim of nulla poena sine lege (“no penalty without a law”). Retrospective legislation is prohibited in democratic legal systems, and for good reason: a crime can only be punished if it was illegal at the point in time it was committed. Imagine for a moment that you are eating a steak today, and that you are really enjoying it. But in the year 2020, a new and radically vegan party will take office. One of their first acts is to criminalize the consumption of beef. And what is more: according to the new criminal law, anyone who has been eating beef since 2010 can be punished. That is not possible, you say, quite rightly, since you could not have feasibly known in 2017 that consuming beef would one day be illegal. It would also violate the prohibition of retrospective legislation, which, luckily, has been reinstated and is valid today. You think this example is too far-fetched? How about this: in 2017, you get married to your same-sex partner, which is legal at this time. In 2020, an ultra-religious party decides not only to annul these marriages, it also retrospectively makes homosexuality a punishable crime. Do you still believe the prohibition of retrospective legislation to be a self-evident civil right which cannot easily be abolished? The Nazis did not think so: this law for the retrospective reintroduction of the death penalty was created specifically to enable them to punish the alleged arsonist Marinus van der Lubbe by death and cover it by the media. During the night of 27/28 February 1922, when the Reichstag was burning, arson was not yet punishable by death according to the applicable law.

Rescinding the prohibition of retrospective legislation is a popular tool in dictators’ toolkits. It can turn criminal law, which is meant to mark the line between the permitted and the forbidden for citizens of a constitutional state, into an instrument for the arbitrary abuse of power. Thusly, political opponents can be neutralized more easily. A current debate in Turkey shows that this misuse of legislative power is still prevalent today: after the attempted coup in the summer of 2016, the retrospective reintroduction of the death penalty is being discussed – to be able to punish insurgents in a manner that is felt to be “just”.

The list of illegitimate changes to the legislation of a constitutional state could go on much further: the creation of special courts which undermine the judiciary’s monopoly for penalties belong on it, as well as draconian tightening of punishments under broadly and vaguely defined laws.

While not every authoritarian government may produce a monster like Adolf Hitler: the methods for retaining power are timeless. They also resemble each other across countries in disastrous ways. The rule of law can be overridden with comparatively trivial measures. Changes to the law are marketed in populist ways, ostensibly “for the greater good”. States of emergency are declared where none exist. To that end, civil rights are abolished and the way is paved for governmental despotism. Democracy has to defend itself against this with all its might. 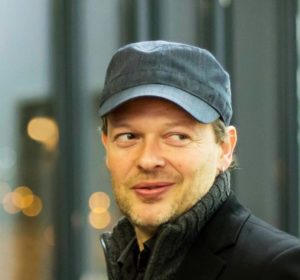